Alert Coronavirus (COVID-19): Information about City services and links to resources... Read On...

Create an Account - Increase your productivity, customize your experience, and engage in information you care about.

The San Bruno Police Department's Canine Unit consists of three police dogs and four handlers. One canine is a Belgian Malinois, one is a Dutch Shepherd, one is a black lab mix, and one is a German Shepherd. All four have been professionally trained in their respective aspects of Police Canine duties. The canines and their handlers work out of the Patrol Division. These canines are specially trained in locating, controlling, and apprehending criminal suspects, locating missing or lost persons, narcotics detection, explosives detection, and protecting their handlers from harm.

Police Canines save literally hundreds of man-hours each year searching for criminal suspects and missing persons.

Police Canines, with their incredible sense of smell, can search the same location for a person in fractions of the time that a Police Officer could. This ability allows a quicker process, freeing Police Officers for more patrol time and community service.

The Police Canines are also a very valuable tool in community relations. The canines perform demonstrations at schools and during "Police Week", participate in parades, and can be seen at other functions throughout the year as ambassadors of the Police Department.

For more information on the Police Canine Unit, contact Lieutenant Brent Schimek at 650-616-7100 or by email. 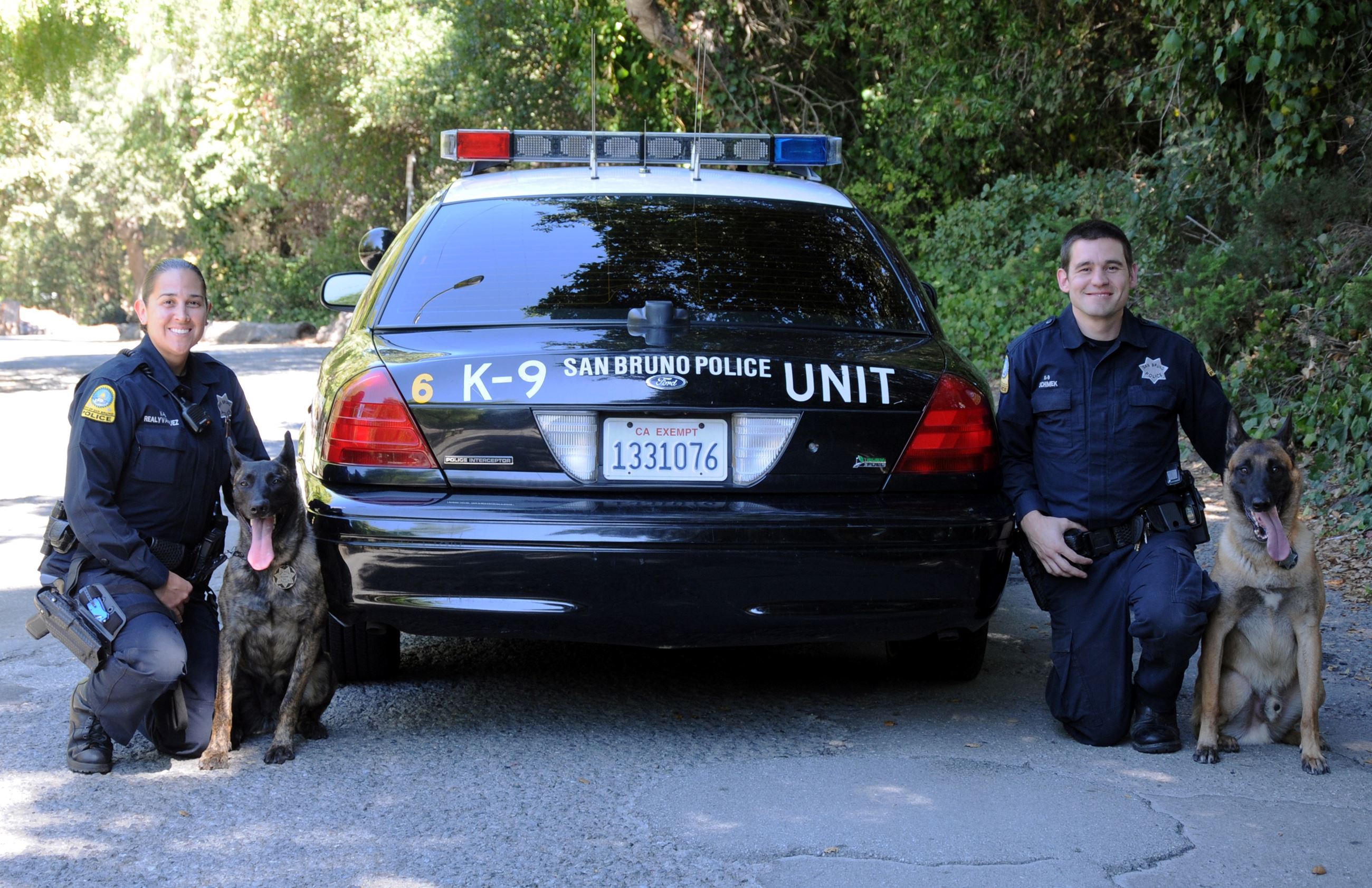